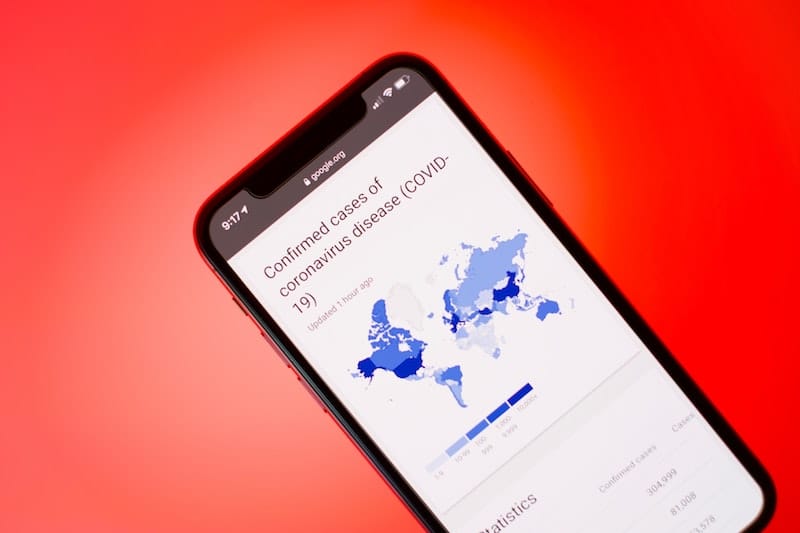 Enhancements To Emergency Alerts For COVID-19

Could new enhancements to emergency alerts for COVID-19 be beneficial?

As of March 25th, the FCC has reminded the government that the emergency alert system, also known as the Wireless Emergency Alert system or WEA, can be used in response to COVID-19. The system is a unique way to communicate with everybody in the country about several different emergency types. As this is the case, it can be put to use to curb the spread of COVID-19 too.

What are Wireless Emergency Alerts?

Wireless Emergency Alerts are messages that can be sent to every mobile device in the country, in order to warn citizens about emergencies in their area right away. You most likely have seen these messages before on your phone, either as a test or as a warning for emergencies.

They can be utilized to warn of the following:

Missing child alerts: If a child has gone missing in your area, you will be alerted so you can inform authorities if you find or spot them.

Weather warnings: Dangerous weather conditions, such as hurricanes or severe winds, will be reported through WEAs. You may be recommended to carry out certain actions, such as evacuating an area until the danger has passed.

Wildfire warnings: With wildfire season fast approaching again, you’ll see that you may get alerts on your phone about wildfires near you. Again, you may be recommended to take action such as evacuating if needed.

Local alerts: If there’s an emergency near you, the WEA system may be used to alert you of it. For example, it was used during the Boston Marathon Bombing to warn of danger and recommend actions.

This is a small selection of what it can be used to do. But as you can see, it’s designed to keep you informed if there’s anything you need to be aware of. The system can be localized too. Rather than sending an alert nationwide, it can be kept to a smaller area. This was the case with the Boston Marathon Bombing, as seen above.

Has the System Been Used in Response to Coronavirus?

Right now, the WEA system has not been used in response to the Coronavirus pandemic. This has been surprising to many citizens, as they believe the situation is very much classed as an emergency. As some have noted, with some people still gathering in large groups and ignoring shelter in place laws, notifications in these areas could have helped disperse them and lessen the spread.

This is why the FCC has issued this statement, saying enhanced WEAs can be used in part to help reduce the spread of the disease. They point out that several enhancements have been made, making them more effective than ever before.

These enhancements include being able to send up to 360 characters per alert, allowing more room to include detail and actions for the recipient to take. The messages can now be sent in Spanish as well as English. And the ability to send recommended actions, such as staying at home, to flatten the curve.

How the WEA System Can Be Used to Stop the Spread

So if the WEA system can be used to stop the spread of COVID-19, how would it work? In theory, it should just as any other emergency alert should. There has been an example of this in the UK, where every citizen was sent a text message telling them to stay home.

Several different messages can be sent, dependent on the need. For example, a ‘stay at home’ message, similar to the one sent in the UK, can be sent out as a reminder to everyone in the country. As there are more characters to work with in WEA messages, more advice and information can be sent out as well, to keep everyone informed.

Any changes in rules and laws can be quickly communicated, too. For example, in some areas of the US, such as New York, citizens are required to wear masks when they go outdoors. Sending this information as an alert will ensure that everyone gets the information quickly.

On a local level, alerts can be sent out if the number of cases in the area increase. They can also be sent out if there are instances of more people breaking shelter in place orders. This should help keep the situation in everyone’s minds, so no unnecessary risks are taken.

The Benefits of the WEA System

The WEA system offers a lot of benefits to the US as the pandemic continues. In the age of the internet, it’s easy to assume that everyone will get the messages they need when they’re put out. However, it isn’t as simple as that. These days, with so many news sites and other outlets online, it’s hard to know who has the right information. Using WEAs means that everyone is getting information from the correct source, which is vital in stopping the spread.

This is especially true when it’s so easy to send misinformation through apps and services such as WhatsApp. One source where essential information comes in will do a lot to stop the spread of harmful or incorrect information.

Finally, as the WEA system is designed for emergencies, alerts can be sent out quickly. If anything changes, the information is put out quickly, in a way that everyone will see. This is especially important as not everyone will have access to the same networks of information. Everyone gets the same info at the same time, from a trusted source.

This sums up the importance of emergency alerts for COVID-19. With the new enhanced WEA system in place, it is hoped that it will be used to help curb the spread of COVID-19. Keep a close watch on your phone, in case any information does come through.