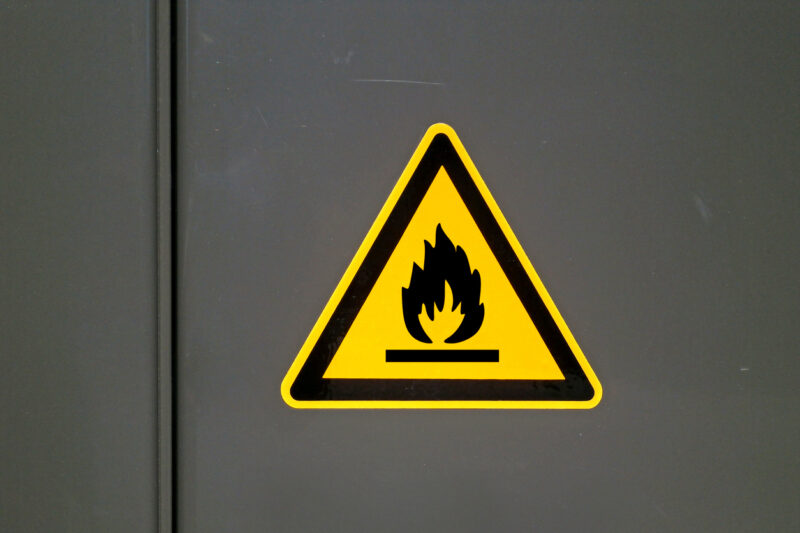 Why It’s Important to Understand the Fire Triangle

When fire breaks out, a little knowledge and forethought go a long way. The time to be learning about how to control fire isn’t when it is already out of control. This is why it’s important to understand the fire triangle. Today we will take a look at the fire triangle, what it means, and how it will help you to control a fire.

What are the 3 Components of the Fire Triangle?

This is perhaps the most obvious of the elements. It should come as no surprise to you that fire is hot! The source of heat doesn’t have to be a naked flame either. Heat can come from several sources. This can include:

This is where heat spreads as a result of the movement of air. An example of convective heat spread would be a fire burning in one room and the heat traveling through the air conditioning system to another room.

This is where the energy of a fire is transferred through a space as a result of energy waves. A great example of this is the heat you feel when you hold your hands up to a campfire. The front of your hand warms but the back of your hand will stay cold

This is where heat travels along with a solid element. If you held a wire to a flame, gradually, the heat would travel along the wire to your hand. This can happen in buildings too, where a fire in one room spreads to another as a result of internal wiring or metal wall supports.

Fuel is any element that ignites as a fire burns. It can exist in several forms. The type of fuel that is burning can dictate the kind of extinguisher to be used. The fire is given a class. These are as follows:

Class A is the term given to solid fuel. Traditionally this is things like paper, textiles, wood, and plastic.

This is the term given to any fuel that is a liquid. This includes things like oil, petroleum, alcohol, and grease. It is vital that water is not used to control this type of fire.

Class C fires are items of electrical equipment. These are things like wiring, appliances, and batteries. These fires mustn’t be extinguished with water as this can cause electric shocks.

These are fires involving metal. They tend to be rarer than other types of fire as the heat must be significant to cause the metal to ignite. Certain metals, such as magnesium and sodium, ignite very easily, and some (such as sodium) produce flammable gas when placed in contact with water!

Oxygen is the final element of the fire triangle. Fire needs oxygen to burn. If this is removed, then a fire will be extinguished.

Why is the Fire Triangle Important?

The fire triangle is important because once you understand it, you can extinguish a fire easily and effectively. You will also understand the principle behind many fire protection systems and also appreciate which will be the most effective in a given situation.

For instance, say you discovered a fire that is class A (so a solid). Removing the fuel, i.e., the burning object probably isn’t an option. However, now that you know the fire triangle, you have another two options. You could either:

How Does the Fire Triangle Help You Control Fire?

By understanding the fire triangle, you can preemptively prevent a fire from occurring.

Let’s say that in your home or workplace, there is a pan in the broiler that has accumulated a layer of grease. You already know that heat will be applied to this pan as the broiler is used, and it will have a source of oxygen. The third element of the fire triangle is present in the grease. It is the fuel.

Another example on a bigger scale could be found in the event of wildfires. You can remove the fuel that the fire needs to burn by removing scrub, dry grass, and other material. There are often gaps cut into tree lines on a grand scale, causing a break in the fuel supply needed for a fire to spread.

By understanding the fire triangle, you can effectively negate the risk of fire occurring. If it does break out, you have a quick and logical way to control it. It is vital to stress that with certain types of fire, your options may be limited. Using water on a class B or C fire isn’t recommended.

The best option for your home or business is to be equipped with the right tools for the job. If you are unsure what you might need, it is well worth speaking to a professional fire protection company. Fraker Fire can offer numerous solutions to control fire or even prevent it from occurring in the first place.